I Survived the American Revolution, 1776
(eAudiobook) 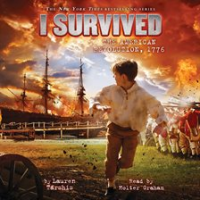