The girl on the train
(Blu Ray) 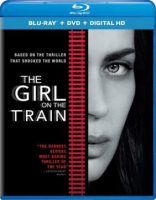