All the money in the world
(Blu Ray) 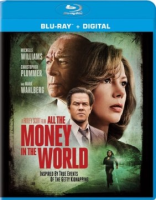