The shape of water
(Blu Ray) 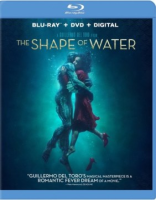