Rise of the Guardians
(Blu Ray) 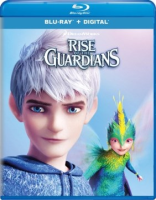